When looking at the energy/electricity situation of developing countries around the world it is always helpful to have in mind a reference point for a better understanding, analysis and judgement of the respective challenges in the case at hand. The country situation Germany should help to provide this critical positioning.

Germany is a net importer of primary energy with an increase of imports from 57% in 1990 to 70% in 2008.[1] This situation underlines the high degree of energy dependence the German state faces. The rising import quotas can largely be attributed to a rising demand of gas and substitution processes of German coal through coal from international markets.

The following diagram offers an overview of the share of different energy carriers in primary energy consumption: 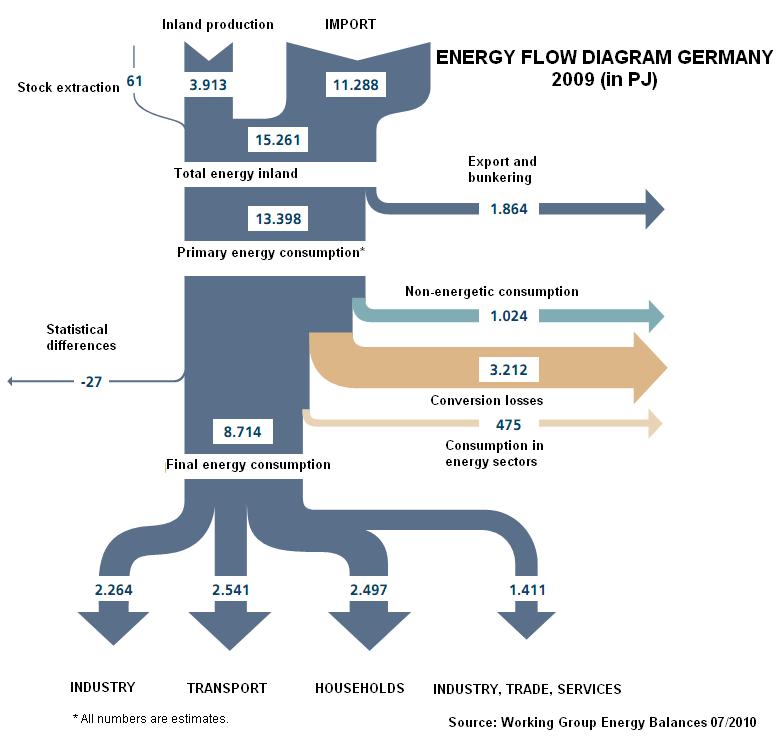