For detailed analysis on the Tunisian photovoltaic market, see: 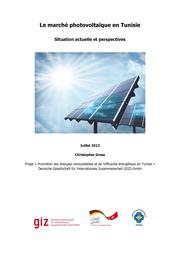