Chief Adviser of the current caretaker government in Bangladesh, Fakhruddin Ahmed, attended the opening ceremony of a National Workshop and Exhibition on “Energy Conservation and Renewable Energy Programmes” taking place on July 10th-11th 2008 at the Sheraton Dhaka. The event was jointly organized by the Ministry of Power, Energy and Mineral Resources, GTZ, and UNDP. Mr. Fakhruddin Ahmed announced the adoption of a comprehensive renewable energy policy and expressed his optimism that this would pave the way for removal of barriers to promotion of renewable energy technologies in Bangladesh. The Sustainable Energy for Development (SED) Programme of GTZ is involved in preparation of the new policy. Furthermore, the chief advisor announced that the Power Division of the Ministry is preparing a draft Energy Conservation Act.

The workshop was followed by an exhibition on ongoing Renewable Energy and Energy Efficiency Programmes. It involved several of SED’s/EnDev’s partners in the dissemination of Solar Home Systems, biogas plants and Improved Cook Stoves. 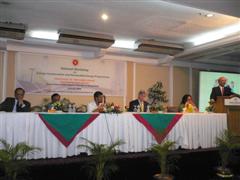 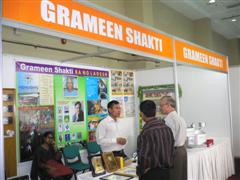