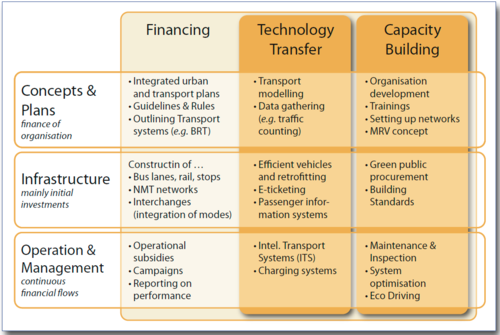 Infrastructure. Transport infrastructure can be broadly defined as the physical transport network that pedestrians and vehicles travel on, i.e. roads, railways and other forms of track such as bus ways. The term infrastructure encompasses the nodes or terminals of these ‘networks,’ such as railway and bus stations, but also the energy efficient vehicles. Climate finance investment is largely allocated to infrastructure for relatively sustainable modes of transport.

Operation and management refers to the elements that control the infrastructure as well as the vehicles and people that use the infrastructure. Operational interventions focus on road traffic management (engineering and software based) and public transport management (such as integration, scheduling, routing and setting fares). It can also include system wide approaches, such as electronic road tolls.

Capacity building. Climate finance invested in capacity building is likely to focus on supporting one of the following (each of which could relate to infrastructure, operations and/or technology): 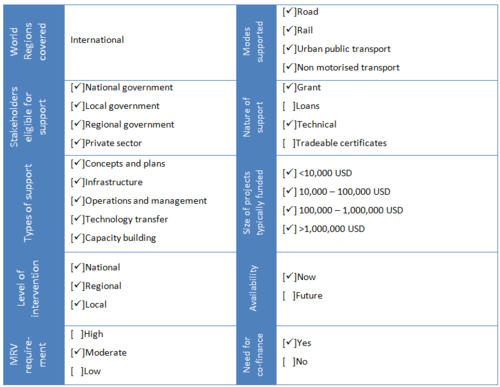 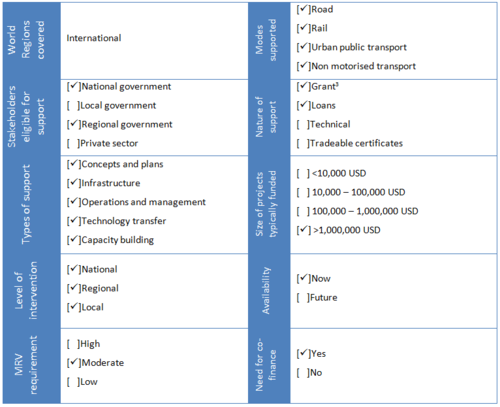 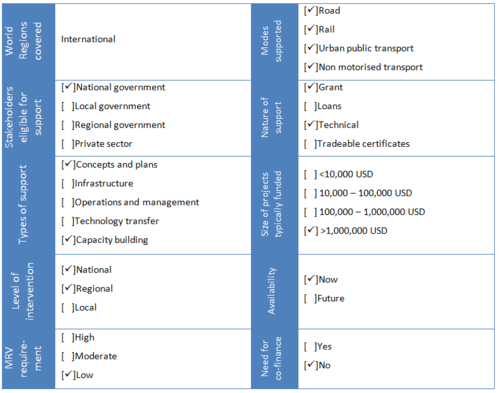 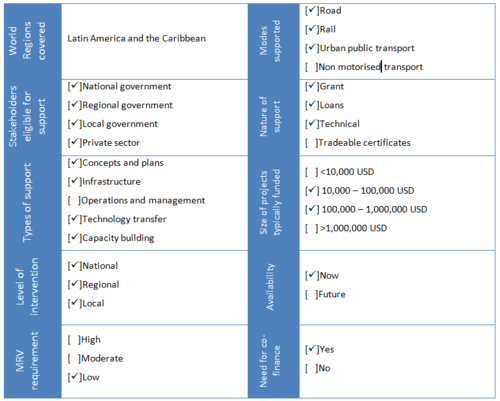 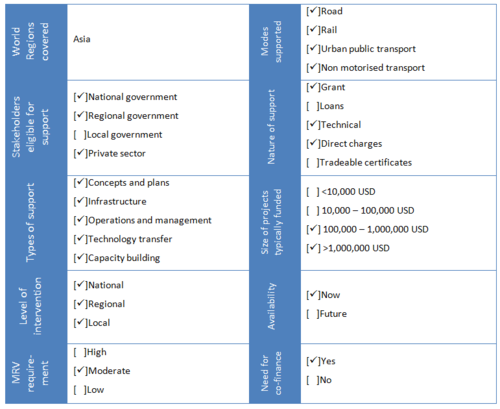 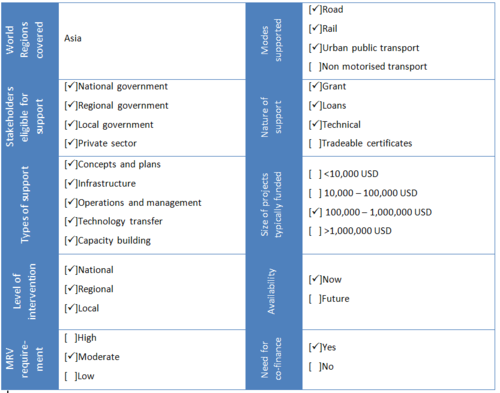 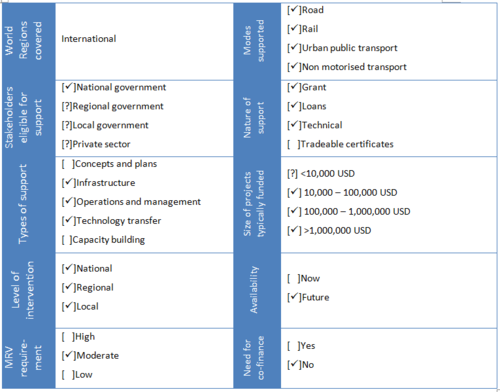 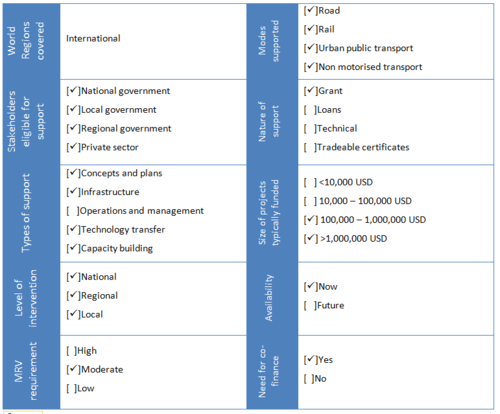 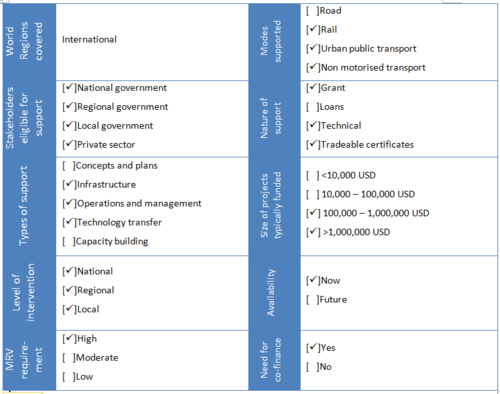 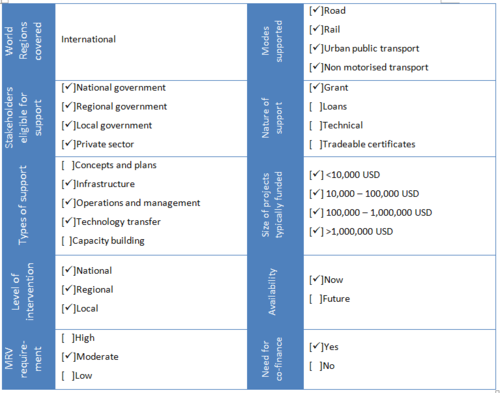 Retrieved from "https://energypedia.info/index.php?title=Assessing_Climate_Finance_for_Sustainable_Transport&oldid=350133"
Categories:
Cookies help us deliver our services. By using our services, you agree to our use of cookies.