The figure below shows the electricity tariff in residential, commercial and industrial sectors. [1] 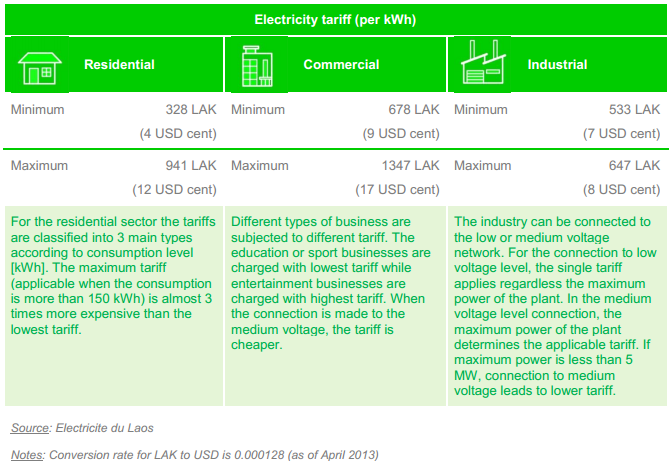 For information about the cookstove market in Laos , please refer to the publication: The Lao Cookbook - People and Their Stoves.pdf

Being a member of the Greater Mekong Sub-region (GMS) Economic Cooperation, it has a potential to cooperate with its neighbouring countries , especially in power trading. The Electricity Laws (1997) sets the background for public-private partnership model while the Investment Laws (2009) provide necessary financial incentives like import duty free, profit tax exemption and subsidies to attract investments.[1]

Retrieved from "https://energypedia.info/index.php?title=Laos_Energy_Situation&oldid=268022"
Categories:
Hidden category:
Cookies help us deliver our services. By using our services, you agree to our use of cookies.