Percentage of energy types used for cooking in urban areas [4] 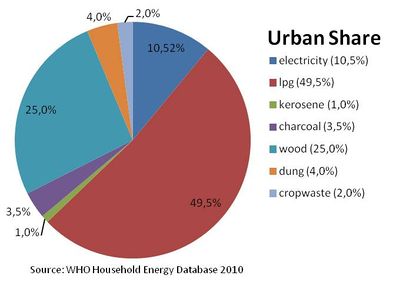 Percentage of energy types used for cooking in rural areas. [4] 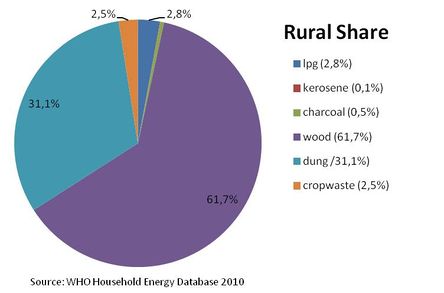 Solid Fuel Use Impact on Health

Electrification rate in households in 2009:[7]

For establishing a new electricity connection in rural Afghanistan, it usually costs about USD 1200 (plus regular payments for energy consumed).[8]

Retrieved from "https://energypedia.info/index.php?title=Afghanistan_Energy_Situation&oldid=263936"
Categories:
Hidden category:
Cookies help us deliver our services. By using our services, you agree to our use of cookies.