Overview of the Basic Problem and Status Quo

With the current world population close to 7 billion people[1], modern basic energy delivery is imperative for both human survival and economic development. As fundamental as access to energy is, there are still a great number of people who are experiencing energy poverty. It is estimated that 1.3 billion people who have no access to electricity, while 2.6 billion people still do not have access to clean and efficient cooking facilities. More than 95% of these people live in Sub-Sahara Africa or developing Asia and 84% in rural areas.[2] 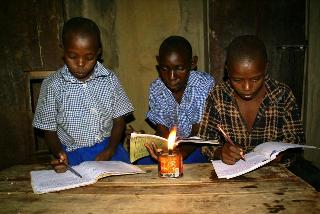 -> Resource and further information on statistics of people without electricity information is on World Energy Outlook WEO.

Traditional use of biomass for cooking[10]: 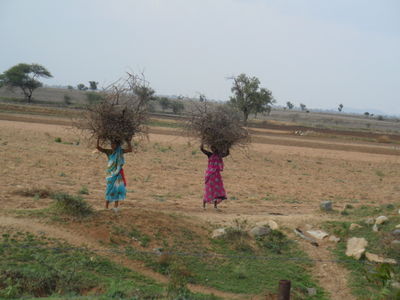 A functioning energy supply is crucial for the economy of a country in order to generate economic growth. Over the long term, economic growth at the macro-level is meant to lead to ‘trickle-down’ effects, for instance by causing incomes to rise at the micro-level.

For the individual, the provision of modern energy services in households, social infrastructure (schools, health clinics...) and small and micro enterprises lead to a direct improvement of his or her own capabilities. Energy is needed for lighting, cooking, cooling, income generation, preparation of potable water, heating, communication, entertainment. Lack of this commodity for those living in poverty significantly affects and undermines their opportunities for better health, education and development. Moreover it reduces a family's potential to rise up out of poverty. Poor people do not need energy in a certain form or from a certain source. Instead, they need these very basic energy services, such as energy for cooking, lighting or operating machines, which assist them in improving their life situation.

Households with no access to electricity are often constrained to do their chores during daylight hours. These leaves little time for engaging in paid work or leisure activities. Furthermore schoolwork is also dependent on daylight hours as the commonly used kerosene lamp provides poor quality lighting. In colder regions, firewood has to be collected for keeping the houses warm. Thus the opportunity costs of restricted access to domestic energy have a profound effect for all family members especially women who are the main managers of household biomass energy.

Fuel collection demand a lot of effort, is time wasting and additionally it burns inefficiently in the three stone thus bringing health complications.[19] There are approximately 2 million premature deaths each year mostly in developing countries as a result of indoor air pollution (from cooking with biomass and coal).[20] Most of those deaths are due to pneumonia affecting children under 5 years of age,[21] that’s 50% more deaths than from malaria worldwide. Therefore replacement of outdated cookstoves and open fires with modern energy services would save the lives of 800,000 children who die each year as a result of exposure to indoor smoke. And since healthy people are more productive than unhealthy people, improved health will result to higher revenue. Correspondingly the use of clean energy at homes and in businesses has positive impact on social development.[22]

Incomplete combustion of carbon in solid biomass in open fires and inefficient cookstoves leads to emission of greenhouse gases that contribute to global warming. Therefore interventions that improve combustion efficiency thus reducing emissions and exposure to pollutants can lead to health benefits and mitigate climate change. Emission reductions can be traded on the international carbon markets (compliance or voluntary market). The revenues stemming from the emissions trade can be used in various ways to enhance the adoption of improved cookstoves - indirect subsidies that support the different steps along the cookstove value chain are generally to be preferred over directly subsidizing the price of the end-user device in order to avoid market distortion and enhance sustainability of the intervention.

Increased deforestation rates are evident in many developing countries, this is mostly attributed to a high population growth rate, intensive charcoal production and reliance on woody biomass for cooking. Charcoal is usually the fuel of choice in most urban and peri-urban areas in developing countries. The unsustainable usage of wood for cooking and charcoal production leads to mud-slides, loss of watershed and desertification and thus places pressure on regional food security and agricultural productivity.[23]

Hence, the importance of energy can be attributed to provision of basic services including, healthcare, clean living conditions as well as education, especially at night. Modern technologies also require energy for conservation e.g. refrigeration of foods and medicine as well as irrigation which leads to higher yields and food security. By using modern fuels, women especially are relieved from the tedious time consuming burden and dangers associated with firewood gathering. [24]This time can be utilized for other productive activities which can earn more revenue for her family. [25] Time spent by poor households on basic activities can be reduced by the embracing energy technologies so as to save time and help communities meet basic needs as well as stimulate their social, economic and environmental development. [26]

Energy poverty should be addressed through a concerted effort of private investements, civil society engagement and the enhancement of policies and national programs. For this to be achieved effectively, energy access situations in countries including regional and national trends, rural/urban disparities and the range of energy sources commonly used in poor households, need to be accurately monitored. [27]

Retrieved from "https://energypedia.info/index.php?title=Basic_Energy_Services_-_Status_Quo&oldid=257184"
Category:
Cookies help us deliver our services. By using our services, you agree to our use of cookies.