Brunei Darussalam is rich in oil and gas. 78% of the country's primary energy is met by natural gas while 22% of the energy demand is met by oil. However, the government is also planning to invest in renewable energy and plans to have at least 50 MW of installed capacity of renewable energy sources.[1] 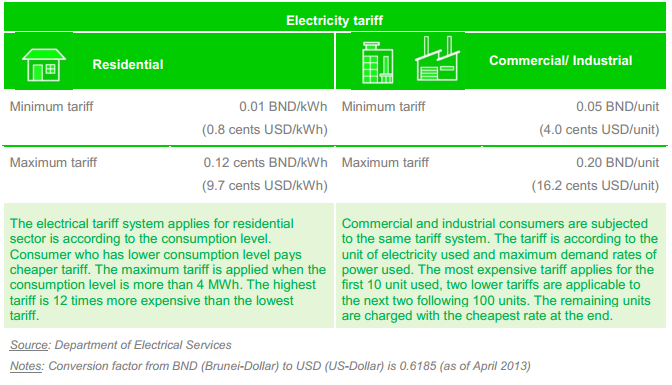 Retrieved from "https://energypedia.info/index.php?title=Brunei_Darussalam_Energy_Situation&oldid=267590"
Categories:
Hidden category:
Cookies help us deliver our services. By using our services, you agree to our use of cookies.