Building integrated photovoltaics (BIPV) are increasingly incorporated into new domestic and industrial buildings as a principal or ancillary source of electrical power, and are one of the fastest growing segments of the photovoltaic industry.

Typically, an array is incorporated into the roof or walls of a building and roof tiles with integrated PV cells can now be purchased. Arrays can also be retrofitted into existing buildings; in this case they are usually fitted on top of the existing roof structure. Alternatively, an array can be located separately from the building but connected by cable to supply power for the building[1]. 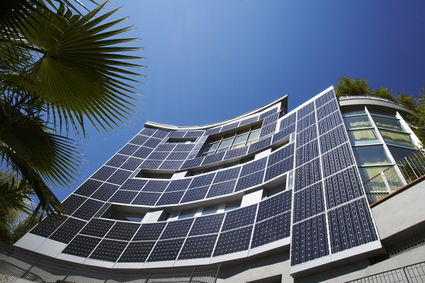 BIPV is a part of the PV industry but also due to its possible usage as building products, it should also be seen as part of the "Green Building" movement.

While the Green Building concept is firmly established in countries like Japan and Korea, it is rapidly gaining momentum in China, Taiwan, Singapore, and Malaysia. and the rest of the world[2].