Energy and the Sustainable Development Goals

The SDGs build on the Millennium Development Goals (MDGs), eight anti-poverty targets that the world committed to achieving by 2015.

In the Preamble of the 2030 Agenda for Sustainable Development it is stated:

"This Agenda is a plan of action for people, planet and prosperity. It also seeks to strengthen universal peace in larger freedom. We recognise that eradicating poverty in all its forms and dimensions, including extreme poverty, is the greatest global challenge and an indispensable requirement for sustainable development."[1] 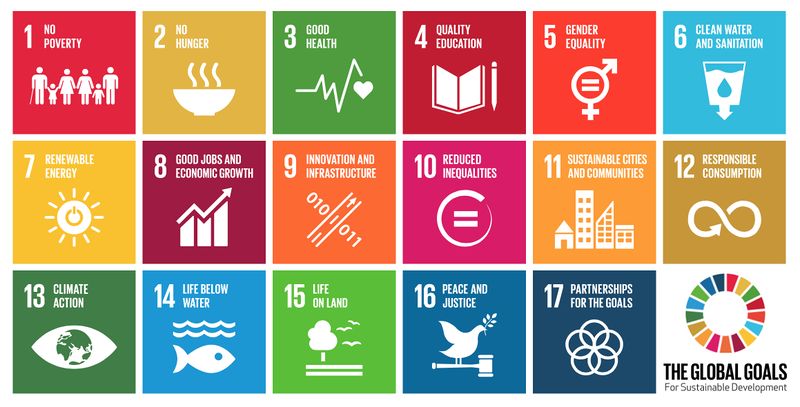 Based on their level of methodological development and overall data availability, the indicators are grouped into three different tiers:[3]

Data collection and reporting will be carried out as follows:[4]

SDG 7 on Energy in Detail

Goal 7. Ensure access to affordable, reliable, sustainable and modern energy for all[5]

For results worldwide and more details on the methodologies for tracking SDG 7 check the SDG 7 tracking homepage of World Bank / ESMAP.

The following points are retrieved from the Report of the Secretary-General, "Progress towards the Sustainable Development Goals", E/2016/75.[7]

The following points are retrieved from the Report of the Secretary-General, "Progress towards the Sustainable Development Goals", E/2017/66.[8]

Progress in every area of sustainable energy falls short of what is needed to achieve energy access for all and to meet targets for renewable energy and energy efficiency. Meaningful improvements will require higher levels of financing and bolder policy commitments, together with the willingness of countries to embrace new technologies on a much wider scale.

The following points are retrieved from the Report of the Secretary-General 2018: Progress towards the Sustainable Development Goals.[9]

Ensuring access to affordable, reliable and modern energy for all has come one step closer due to recent progress in electrification, particularly in LDCs, and improvements in industrial energy efficiency. However, national priorities and policy ambitions still need to be strengthened to put the world on track to meet the energy targets for 2030.

The following points are copied from the Report of the Secretary-General on SDG Progress 2019[10].


Access to electricity in the poorest countries has begun to accelerate, energy efficiency continues to improve and renewable energy is making gains in electricity sector. Despite this progress, some 800 million people remain without electricity while access to clean cooking fuels and technologies needs dedicated attention. In addition, if Sustainable Development Goals 7, 13 and related Goals are to be met, much higher levels of ambition are required with regard to renewable energy, including transportation and heating.

The following points are copied from the Report of the Secretary-General on SDG Progress 2020.[11]


The world is making good progress on increasing access to electricity and improving energy efficiency. However, still millions of people around the world lack access to electricity and progress on access to clean cooking fuels and technologies is too slow. The COVID-19 pandemic spotlights the need for reliable and affordable electricity to health centres. However, a survey conducted in selected developing countries showed that one quarter of the health facilities surveyed were not electrified and another quarter reported unscheduled outages affecting their capacity to deliver essential health services. All these facts further weaken the health system response to the current health crisis.

Energy and its contribution to the achievement of other SDGs

Energy access, renewable energy, energy efficiency and other energy-related issues are contributing directly or indirectly to the achievement of almost all other SDGs by facilitating and enabling relevant development processes.


Besides SDG 7, however, energy is only mentioned explicitly in Goal 12 on sustainable consumption (see below in the table). This means governments will have to report on it.
In previous framework versions, Goal 4 had an indicator 4.a.1 which stated i.a. the "Proportion of schools with access to: (a) electricity (...)"[12] However, this indicator is no longer entailed in the 2020 Global Indicator Framework. The following list shows to which goals or indicators energy contributes. It is not necessarily comprehensive, so feel free to add further goals and indicators where energy plays a role in achieving them.

End poverty in all its forms everywhere

Although there is no mention of energy in targets or in indicators, energy plays a vital role to ending hunger, improving nutrition and increasing agricultural productivity in a sustainable way.


When it comes to a functioning health system, energy is a key component: vaccines and medicines need to be refrigerated, equipment needs sterilisation and light is needed for operations and emergencies at night. See also the article Energy for Rural Health Centers.

Clean / improved technologies and fuels for cooking, heating and lighting emit less particulate matter (PM) and carbon monoxide (CO), thus reducing the risk of respiratory diseases and eye infections, especially in women and in children under five years. Furthermore, by replacing traditional cooking and lighting technologies (e.g. open fires and kerosene lamps) with improved cookstoves which shield the fire and solar lanterns, the risk of burns, injuries and fires is reduced.


Energy services reduce the working time and provide some free time to especially women and children, and also enable the use of modern communication and learning tools.

Achieve gender equality and empower all women and girls

Ensure availability and sustainable management of water and sanitation for all

Promote sustained, inclusive and sustainable economic growth, full and productive employment and decent work for all

Ensure sustainable consumption and production patterns
This is the only SDG, where energy and energy-related issues are mentioned explicitly in the indicators (marked in bold).

Take urgent action to combat climate change and its impacts


Fossil fuel use is the primary source of carbon dioxide (CO2), which accounts for two third of all global greenhouse gas emissions.[19] Renewable energy and energy efficiency are key to combat climate change.

Retrieved from "https://energypedia.info/index.php?title=Energy_and_the_Sustainable_Development_Goals&oldid=341891"
Categories:
Cookies help us deliver our services. By using our services, you agree to our use of cookies.