58.9% (83 respondents ) have also recommended energypedia to other people.

Out of the total 185 respondents,  146 already have an energypedia user account. Most respondents are located in Europe and Central Asia followed by Africa. They also work mainly in the private sector, followed by the government sector and the non profit sector.

According to the survey, most of our respondents came to know about energypedia via the recommendation of their friends/colleagues and mostly use energypedia to update themselves about the latest developments in renewable energy. However, almost one quarter of all respondents also use energypedia to draw on lessons learnt for improving their own projects and one fifth use energypedia for writing papers, proposals, articles and so on. 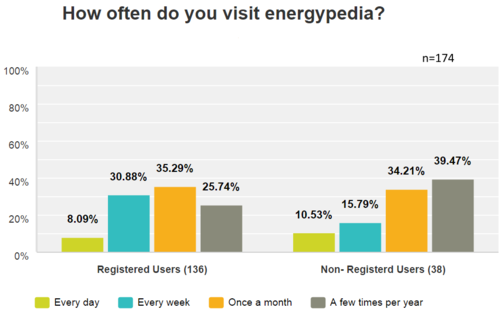 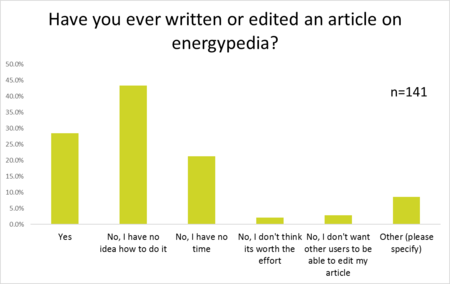 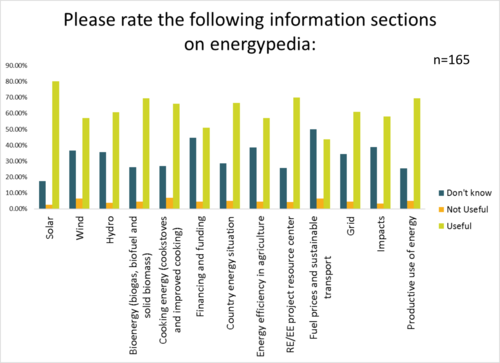 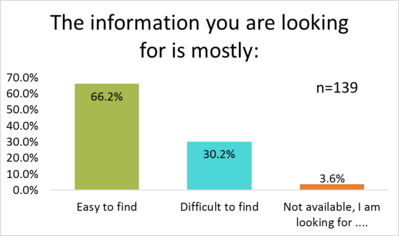 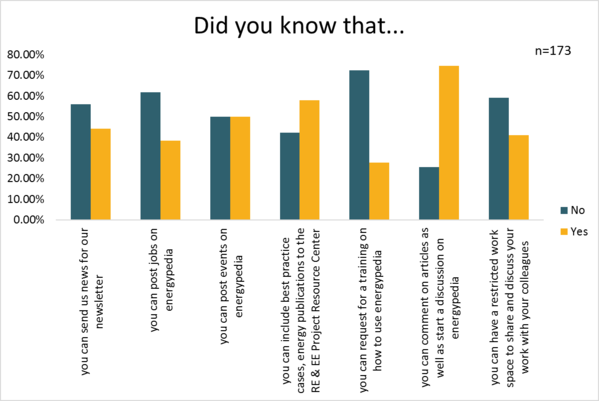 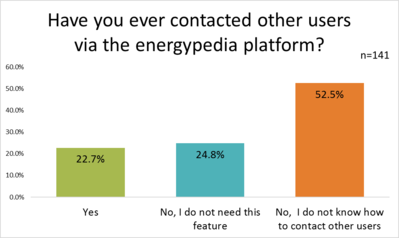 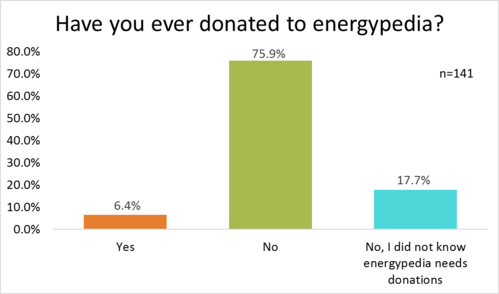 The results of our user survey 2017 can be found here.

The results of our user survey 2019 can be found here.

Retrieved from "https://energypedia.info/index.php?title=Energypedia_User_Survey_-_Results&oldid=321138"
Categories:
Cookies help us deliver our services. By using our services, you agree to our use of cookies.