"Pricing policy: A 2004 law deregulated prices, but government in May 2004 set up a Petroleum Product Stabilization Fund for an initial period of 120 days when benchmark gasoline and diesel prices soared by about 35% and 50%, respectively, from their December 2003 levels. In the face of volatile and rising world oil prices, government has not been able to retire the fund to this day. Budgetary transfers to the fund between its inception and the end of 2011 totaled US$2.5 billion. The fund covers gasoline, diesel, LPG, and industrial oil for power generation. Government publishes reference fuel prices every week and adjusts them within a price band. If the import- or export-parity price (depending on the trade status of the fuel) at the refinery gate or some other equivalent point in the supply chain lies within a price band, there is no government intervention. If the import- or export-parity price lies outside the band, the difference is transferred to or withdrawn from the fund. The fund’s debt in 2008 reached 3,000 million S/ (US$1 billion), which was retired in 2009. After a large budgetary transfer to the fund, an emergency decree was issued in April 2010, requiring the regulatory agency to adjust price bands every two months. The decree stated that the band for price variation was to be 5% except LPG, for which the band was to be 1.5%.

Consequences of price smoothing: Budgetary transfers to the fund since inception totaled US$2.5 billion by end-2011.

Compensation: The Peruvian tax agency in August 2010 approved reductions of up to 30% in special selective consumption taxes on diesel for passenger transport for three years. Only transportation companies that operate with all documentation and up-to-date permits were eligible, a move that would also help companies facing unfair competition from illegal operators.

Information: The Website of Osinergmin (Organismo Supervisor de la Inversión en Energía y Mineria, Supervisory Agency for Investment in Energy and Mining) posts detailed retail prices by location and company and the date of the last price change, but not historical price data. 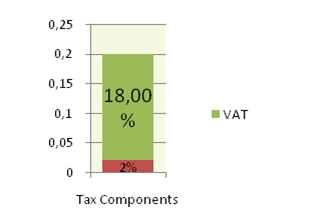 This is a living document. If you have any comments or suggestions, please feel free to contact us: Armin.Wagner@giz.de
Retrieved from "https://energypedia.info/index.php?title=Fuel_Prices_Peru&oldid=81075"
Categories:
Cookies help us deliver our services. By using our services, you agree to our use of cookies.