"Pricing policy: Fuel prices are subsidized and controlled by government. Earlier attempts to reform price subsidies were not successful. Since 1996, government has frozen prices, while the official exchange rate has depreciated to one tenth of its value in 1996while the rate on the black market is more than four times the official rate, signaling a very large reduction in fuel prices in real terms. Fuel prices along the border are set higher to discourage out-smuggling. Border filling stations sell fuels at much higher prices except those within the quota.

Protests: The protests against the sweeping economic reforms in 1989 turned especially violent. The demonstrations started in part in response to a substantial increase in public transportation costs following elimination of fuel price subsidies. The official figure is 276 killed in the aftermath of police and army intervention, but some observers have cited thousands.

PetroCaribe: Venezuela has been operating a regional program, PetroCaribe, since 2005. PetroCaribe has 18 members and 12 joint ventures. In Oct 2011, the president of Venezuela’s national oil company, PDVSA, reported that members received 92,000 bpd of crude oil and petroleum products." 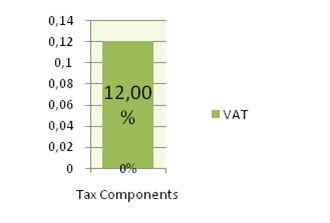 This is a living document. If you have any comments or suggestions, please feel free to contact us: Armin.Wagner@giz.de
Retrieved from "https://energypedia.info/index.php?title=Fuel_Prices_Venezuela&oldid=86743"
Categories:
Cookies help us deliver our services. By using our services, you agree to our use of cookies.