Malaysia is an industrialized market economy. About 40% of the country's revenue is generated from oil and gas export. Therefore, it is not surprising to note that that fossil fuel is the primary source for electricity generation. According to the data from the national Energy Balance 2010, 53% of the electricity generation is met by natural gas, 40% is met by coal, 5% by hydro and 2% by coal.[1]

The Malaysian Government is very keen on developing the renewable energy market of Malaysia and thus has introduced various schemes such as Feed-in tariff (FIT), tax exemptions and so on. The FIT scheme covers biomass,biogas ,small hydro and solar photovoltaics.The FIT is explained in detail in the figure below[1] 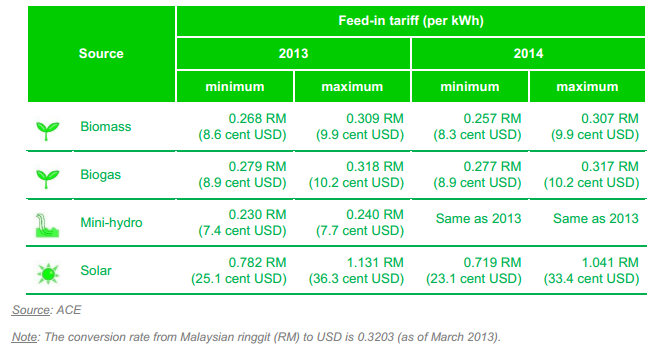 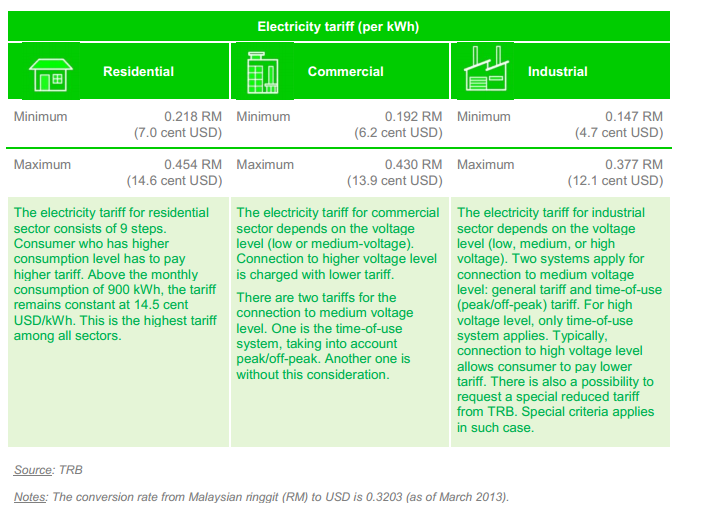 Retrieved from "https://energypedia.info/index.php?title=Malaysia_Energy_Situation&oldid=269354"
Categories:
Hidden category:
Cookies help us deliver our services. By using our services, you agree to our use of cookies.