Biofuels are liquid or gaseous fuels produced from biomass that are generally high in sugar (such as sugarcane, sugarbeet, sweet sorghum), starch (such as corn and cassava) or oils (such as soybeans, rapeseed, coconut, sunflowers, and palms). The two most commonly used biofuels are ethanol and biodiesel.

Classification According to Food and Agricultural Organization (FAO)[3]. 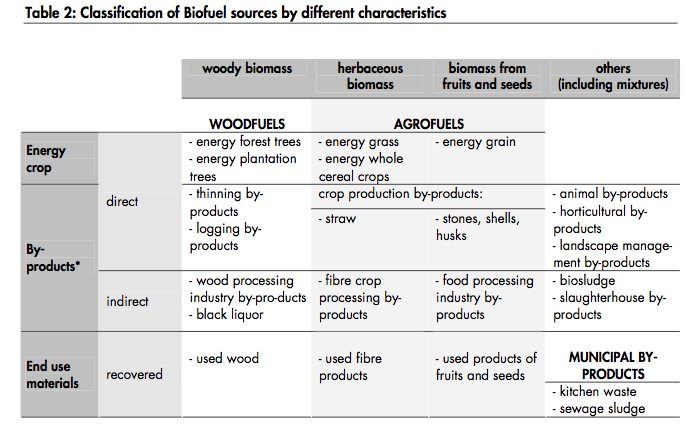 Classification According to Generations

Biofuels are generally classified as first, second and third generations:

Third-generation biofuels are produced from extracting oil of algae – sometimes referred to as “oilgae”. Its production is supposed to be low cost and high-yielding – giving up to nearly 30 times the energy per unit area as can be realized from current, conventional ‘first-generation’ biofuel feedstocks.[4]

Ethanol (CH3CH2OH) is an alcohol fuel made from the sugars found in grains such as corn sorghum, barley and in plant products such as potato skins, rice, sugar cane, sugar beets , yard clippings , bark and switchgrass.
Ethanol can be produced by a process called gasification. Gasification systems use high temperatures and a low-oxygen environment to convert biomass into synthesis gas, a mixture of hydrogen and carbon monoxide. The synthesis gas, or "syngas," can then be chemically converted into ethanol and other fuels. Ethanol is used in special engine by mixing with petrol and is called Gasohol (70-90% petrol and 10-30% ethanol). Currently, a blend of 10% ethanol and 90% gasoline called E10 is approved for use in all vehicle. E10 was previously called Gasohol.Unknown Object. Ethanol is generally used as a blending agent to increase octane adn cut down carbon monoxide and other smog-causing emissions. Unknown Object


E10 was introduced into the German Market in 2011 following the EU guidelines of enviornmental protectiona and reduce dependency on fossil fuels. However E10 has received a lot of criticism in the market. The high water content in E10 is corrosive on metals ,mostly to aluminium. E 10 is also supposed to increase petrol consumption by 2%. Moroever , there is also a food vs fuel debate where people argue that producing E10 could lead to rising food prices. A counter arguement could be that E10 is eco friendly and reduces our dependence on fossil fuels.Ethanol may be considered to be carbon-neutral because the plants that are used to make fuel ethanol (such as corn and sugarcane) absorb CO2as they grow and may offset the CO2produced when ethanol is made and burned.[5] 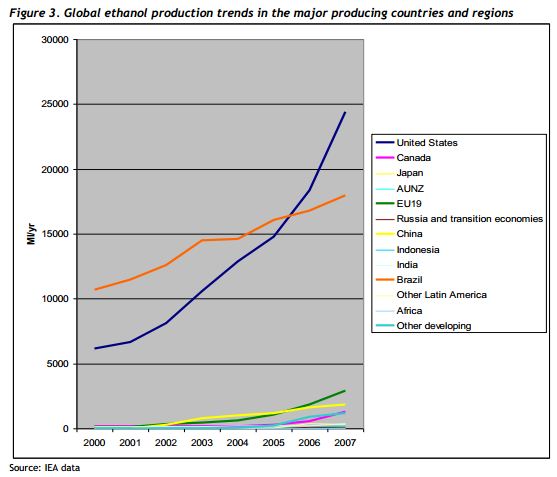 Biodiesel is made by combining alcohol (usually methanol) with vegetable oil, animal fat, or recycled cooking grease. It is a nontoxic and biodegradable energy source that produces lower levels of air pollutants. Most often it is blended with petroleum diesel in ratios of 2% (B2), 5% (B5),20% (B20) or as pure biodiesel (B100).


Biodiesel fuels can be used in regular diesel vehicles without making any changes to the engines and is the fastest growing alternative fuel in the United States.[6] 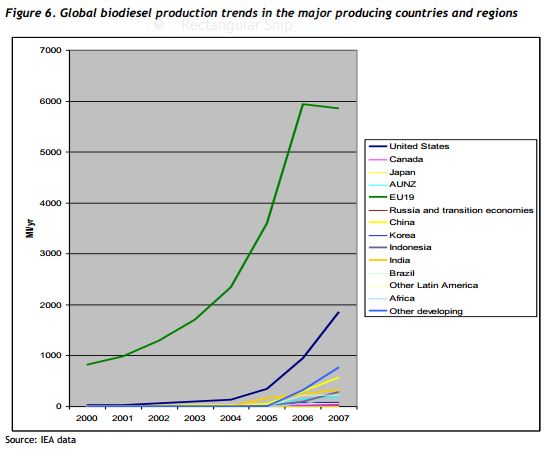 With the rising oil and gas price, Vegetable oil has emerged as a viable alternative. It can be directly used as fuel for vehicles or for electricity generation. 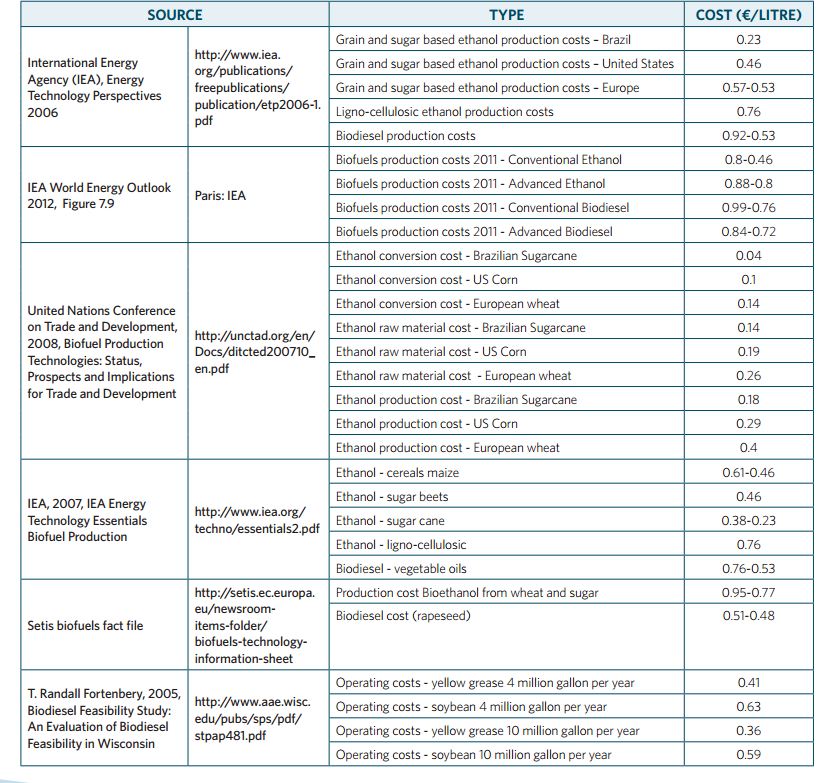 Currently, biogas is the only form of renewable energy that is usable for the transport industry. In 2010, global consumption of biofuels represented 3% of total fuel consumption (i.e. 55 million tons oil equivalent –Mtoe). This total figure for biofuels breaks down into 73% bioethanol and 27% biodiesel. The USA has been the world’s leading producer and consumer of biofuels since 2007. Then come South America and Europe, with slightly lower consumption levels, but with a strong predominance of biodiesel in Europe and ethanol in Brazil. After a significant slowdown in growth between 2008 and 2009, consumption of biofuels worldwide returned to growth in 2010 (Figure 1). Although the European Union shows relatively stable consumption of biodiesel, South America has seen its consumption double, while that of the USA has fallen by nearly 50%. Ethanol consumption is growing at 20% in Europe and North America, whilst the situation remains stable or possibly declines slightly in South America[7] 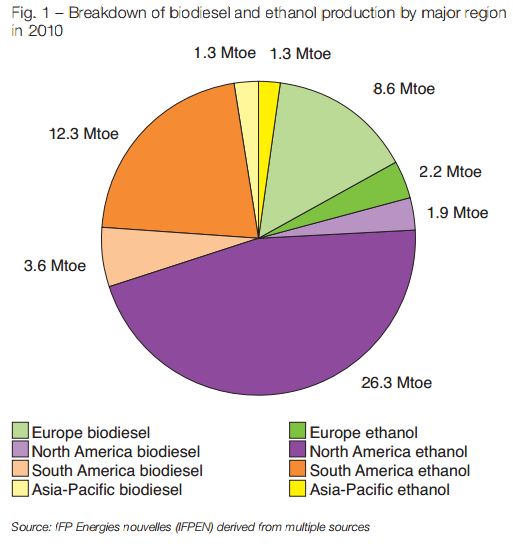 Breakdown of biodiesel and ethanol production by major region in 2010

The figure below shows the breakdown of Biodiesel and Ethanol consumption in 2010 in European Union. 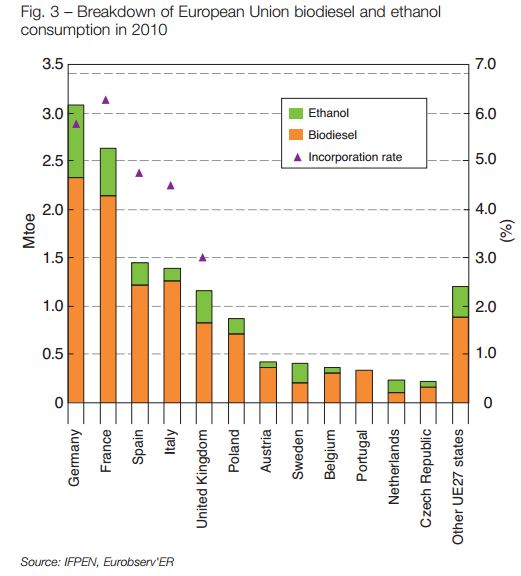 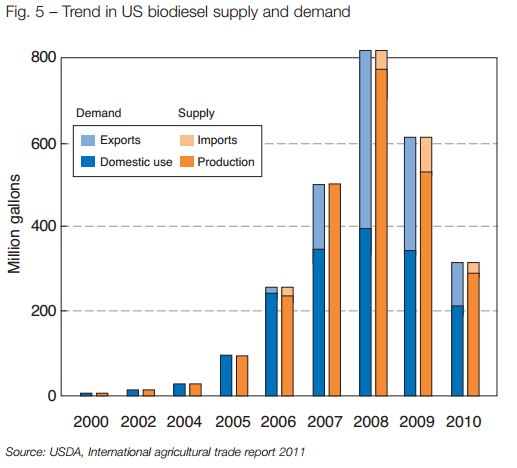 Trend in US Biodiesel supply and demand 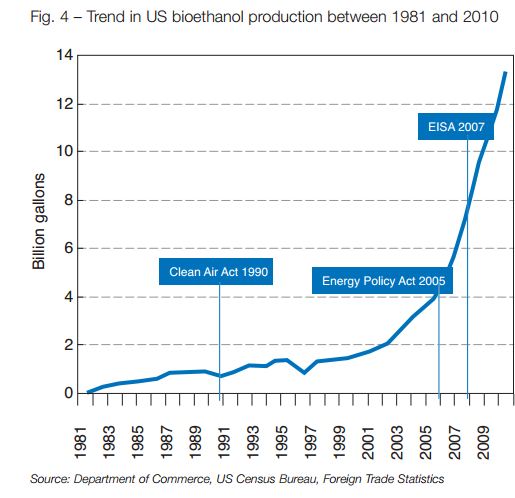 Trend in US Bioethanol production between 1981 and 2010

Biofuels are heavily subsidies all around the world. These subsidies are provided at different stages of biofuels starting from assistance to value -adding factors (capital, land, labour), support for intermediate inputs (feedstocks), general servics (research and development), support to consumption (distribution infrastructure, biofuel vehicles, biofuel use) and finally for the final outputs (excise-tax exemptions).

Retrieved from "https://energypedia.info/index.php?title=Biofuels&oldid=272094"
Categories:
Cookies help us deliver our services. By using our services, you agree to our use of cookies.