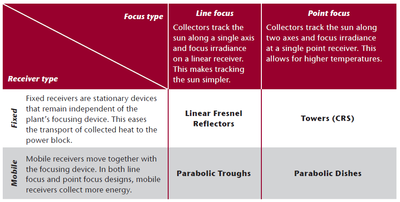 CSP technology, being quite different from the more popular photovoltaic equpiment, concentrates sunlight to effectively create heat to raise steam. However, there are different types of technology working under title of CSP. In the following chapters, the idea of the “parabolic trough”, the “power tower”, the “Fresnel mirror system” (or simply “linear Fresnel”) and the “dish” will be presented. 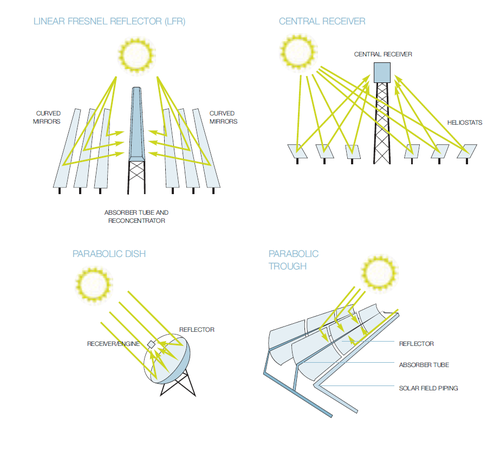 Retrieved from "https://energypedia.info/index.php?title=Concentrating_Solar_Power_(CSP)_-_Technology&oldid=172913"
Category:
Cookies help us deliver our services. By using our services, you agree to our use of cookies.