►Back to Biogas Portal

Polyethylene biogas digesters have been used in several countries since the 1990s. In some areas they have been abandoned after unsuccessful introduction but their usage has never stopped completely. Reports show that the lifespan of the plastic tubes is always a main issue. However, dependable data about the lifespan and reliability of digester bags is rare.


PTDs can only function properly if the farmers take good care of the digesters. This needs intensive training and raised responsibility amongst the farmers. If they do, experiences show that most problems are easy to handle and can be fixed by farmers themselves.

Below some information mainly summarized from GIZ projects and from the internet regarding the experiences with plastic tube digesters in different countries.

In Honduras, the distribution of polyethylene plastic tube digesters faces several problems: They must be purchased in large quantities. Need of a third party to act as a distributor to farmers. Flooding for digesters laid in trench

After a false start in promoting this energy source in Kenya in the mid 1990s, it was successfully reintroduced by KARI-Embu in 2005. According to Erastus Kiruiro from KARI-Embu there are around 300 tubular digesters in use, mostly in Central Kenya but also around Nairobi.

► The Organic Farmer, The Magazine for sustainable agriculture in Kenya, Nr. 45 February 2009

Based on Promoting Biogas Systems in Kenya, “Pioneer Technologies” (a Kenyan plastic company) has built 200 plants since 2006. They improved the plastic tubes to be better sun and pressure resistant.


It has not been a successful story yet due to:

It is still a promising approach which is strongly driven by KARI. Currently there are many problems and referring to the feasibility study mentioned above 4 of 5 visited plants had some technical problems but most of them could have been solved easily.

Development of the plastic tubular technology was initiated in August 2006.


The Plastic Tubular bio-digesters are designed for households with two to three animals although bigger ones have been installed. Capacity of the former is about 8-9 m3, with a gas holding chamber of 1-3 m3. A larger one that doubles this size has already been installed. The smaller Plastic Tubular Bio-digesters can give gas for six hours using one burner. Methane production is initially dependent on temperatures.

Currently, Pioneer Technologies Ltd receives support from Land O’lakes and has entered into research collaboration with Jomo Kenyatta University of Agriculture and Technology (JKUAT). Land O’Lakes gives financial support to the company in the production of biogas digesters. JKUAT is supposed to carry out investigations into issues arising from the use of the technology, with focus on how the technology can be improved, made more efficient etc. However, Pioneer Technologies Ltd gave the JKUAT one digester only, and so the university should acquire more digesters for any meaningful research to be done.

Pioneer Technologies Ltd has installed its bio-digester in various parts of the country including Nakuru, Meru, Kisumu, Kiambu, the coastal regions and the environs of Nairobi.


The company has capacity to install up to 3,000 units a year, but there are several challenges including:

Pioneer Technologies Ltd has trained 7 technicians to support the technology and at least 300 or so units have been installed country wide and despite small problems, all are now working.” 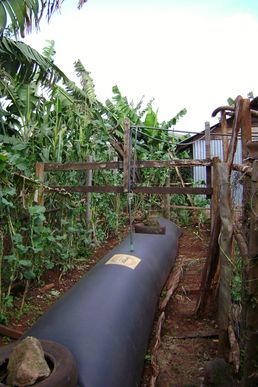 Once the trench is excavated and the materials are readily available, the construction and installation of a PTD only takes several hours. To operate a PTD, the producer has to charge it day to day with 20kg of cattle dung, mixed with 60 litres of water. After 1-2 months the digester will start producing around 4-5 hours biogas daily (for cooking and other applications such as gas lamps). Furthermore, it produces about 80 litres of ecological fertilizer daily. 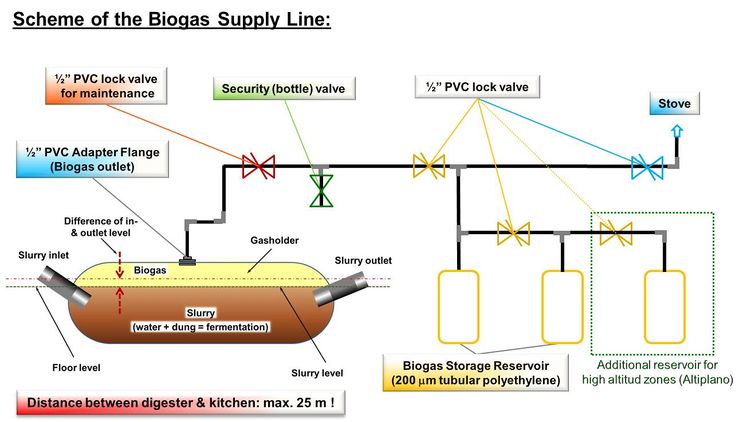 
Pioneer has noted the importance of user training from the very first visit. User training therefore constitutes one of the key factors of a sustainable tube digester system. Follow up activities are also crucial: after-sales service and visits can improve obtained results considerably. Another key factor is the adequate protection of the biogas systems to achieve a satisfactory life time. To protect the tube digester against animals a wire fence is a useful option. Additionally, a roof should be installed to increase the lifetime of the digester.

The National Domestic Biogas Program's (NDBP) focus in Rwanda lies on disseminating fixed dome digesters. However, rising investment costs (about 1000€ per 6 m3 plant in 2011) render the technology more and more problematic in a context of severe shortage of available costumers. Therefore, polyethylene tube digesters could become a feasible economic alternative in a future energy supply scenario for Rwanda. A pilote phase launched in June 2010 with two projects (Rubinizi and Busogo) is about to clarify the potential of tube digesters for the Rwandan farmers and whether these systems can substitute fixed dome digesters. It has been agreed that the Institute of Agriculture and Animal Husbandry (ISAE) is the most appropriate institution to test the PTDs. In line with the MoU signed between NDBP and the ISAE on bio-slurry the proposal has been approved and the contract negotiation is ongoing.


Studies on Kenya's experience with PTDs are used to further determine the feasibility of the technology for Rwanda. See PTD in Kenya

In Rwanda, production costs for PE in different sizes with a thickness of 250 microns are estimated to be the following:

It is concluded that the main reasons for failure in Tanzania was insufficient training of farmers and insufficient follow up by Surude.

Over 30,000 units have been installed over the past ten years in Vietnam and was widely accepted by the farmers