The barriers to energy access in rural and urban settings are diverse and need to be examined separately. Initially, energy access efforts were focused on urban areas for reasons of ease of execution and lower costs, mostly due to a greater concentration of potential users in urban areas. Consequently, the great majority of people remaining without access to modern energy services today live in rural areas and much of the current discussion of energy access regards how to provide services to them. However, despite their greater geographical proximity to grid electricity and other supplies of clean energy, people living in poverty in urban areas also lack energy access. This article examines the differences in the effects of energy access in rural and urban settings.

About 1 billion people currently live in slums and informal settlements within cities. It is estimated that this figure will double by 2030[1].  These areas often lack access to legal, safe and affordable energy – both in terms of electricity and cooking fuel. 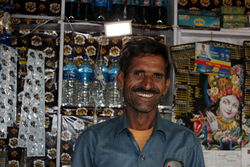 Most of the world’s urban population does indeed have access to electricity. In poorer regions of the world, however, access can be illegal, expensive and potentially unsafe. Although these underserved areas may be in cities, power distribution utilities sometime hesitate to operate in informal settlements due to the potential of non-payment of bills, electricity theft and other such risk factors. Additionally, inhabitants of such settlements often lack requisite documentation, security of tenancy, as well as a stable organization for installing infrastructure. They also lack knowledge of the process for legal and safe access to electricity and the financial resources to apply for connection to electricity. Affordability is also a key factor here, as many government efforts for access seem to be rurally focused.


Access to safe, legal, reliable and affordable electricity in urban spaces plays a part in improving socio-economic conditions and reducing vulnerability. For instance, at a community level, access to street lighting within urban communities was seen as increasing residents’ safety –both actual and perceived. Electricity access is also likely to create an opportunity for additional income-generating activities to be carried out and allows children to study at home with proper lighting, which is known to improve educational outcomes. Thermal comfort is an issue, especially in dwellings in urban communities that are often built with makeshift materials: access to electricity allows users to alleviate this discomfort to a limited extent.

The availability of clean, safe and sustainable fuel for cooking and heating purposes is also a challenge for the urban poor and thus leads them to burn biomass or kerosene for fuel. The main barriers here are, again, lack of documentation for obtaining connections as well as affordability. Additionally, due to spatial constraints in urban settings, a large amount of this burning of biomass and kerosene is done indoors. Indoor combustion of biofuels leads to increased respiratory illnesses, decreased lung function and increased risk of premature death among women and children in these households. These results contrast with those of people of similar socioeconomic background who used cleaner fuels such as LPG as a primary fuel source. Thus, a shift to cleaner fuels has the direct benefit of improving health outcomes and lowering premature deaths. In addition, more modern fuels like LPG increase efficiency and reduce the time spent on cooking and collecting biomass, thereby freeing up time for other activities. In some cases, well-designed stoves that burn biomass in a more efficient manner have been distributed and have somewhat reduced the ill effects of biomass usage.

Eighty-four percent[2] of the people who lack modern energy access live in rural areas. Most people without electricity or access to clean cooking practices are concentrated in the developing parts of Asia and Africa. 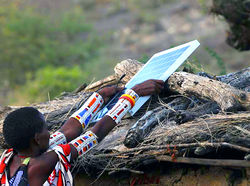 The key distinction to be made in the access to electricity between rural and urban areas is that in rural areas it is often the lack of electricity delivery infrastructure, such as grid connectivity, that leads to the lack of access. Issues of affordability, documentation, tenure etc., are secondary.

The impacts of electricity access, in conjunction with other development measures such as road connectivity, potentially have greater influence on improving livelihoods in rural areas. For instance, electricity access allows for the use of electric irrigation pumps which increase agricultural productivity and farm income.


Electricity access provides avenues for education, information access and increases connectivity. For instance, availability of electricity increases usage of cell phones and improves communication with local markets to get better prices for produce. It also improves access to banking and credit systems and knowledge about agricultural best practices. A reduction of migration of skilled and educated workers is also viewed as improving the economic outlook of villages in the long term. In fact, electrification can lead to increased  school enrollment, most notably amongst girls. Income diversification is also made possible, particularly for women, along with the opportunity to engage in microenterprise creation and other income-generating activities.

Rural areas in the developing world often lack the infrastructure to supply clean cooking energy, such as LPG, to their populations. At times, the traditional alternative of biomass burning seems more attractive due to the large financial cost of the procurement of LPG/Natural gas, whereas biomass such as wood can be foraged for.

The effects of using traditional fuels are diverse, and only incidentally economic. At the outset, there is the threat of deforestation and land degradation brought on by over-extraction. At an individual level, there is the time cost in foraging for fuel, and the risk of not obtaining any fuel. Further, burning biomass in traditional stoves increases mortality rates through respiratory diseases, leading to health care costs and lowered earning potential. Fuel gathering and cooking is largely done by women and girls who are therefore more exposed to ill effects. This is where governments have stepped in, often successfully, by providing subsidized modified “clean” biomass burning stoves as a stepping-stone towards cleaner cooking practices. Studies in Africa show that clean stoves do indeed reduce the health impacts on women and children[3]. LPG is also being tried, but it needs heavy subsidization for maximum uptake. Another alternative is localized biogas plants that break down animal and farm waste to produce a cleaner gas for cooking. It is to be noted, however, that designing, building, operating and maintaining a biogas plant is not without expense or challenges, especially in water stressed regions.

As we see, urban and rural areas have different issues regarding energy access and are thus impacted differently. While many efforts are ongoing by governments, international organizations, non-profits and others, the challenges of quantifying such issues and impacts are many, beginning the actual definitions of key terms utilized around the world;  for example, what qualifies as an urban settlement may differ in each country.  Similarly, what constitutes energy access also varies. Furthermore, studies sometimes do not consider other factors, such as road access, that influence developmental outcomes. There also seem to have been far more studies on the impacts of access to energy in rural areas, rather than in urban ones, especially in terms of counterfactual based studies on income, health and education. Thus, there is a need for more high-quality studies to examine the actual impacts of electrification.

Retrieved from "https://energypedia.info/index.php?title=Impacts_of_energy_access:_Differences_between_Rural_and_Urban_Energy_Access&oldid=263324"
Categories:
Cookies help us deliver our services. By using our services, you agree to our use of cookies.