Malena Cookstoves are improved cookstoves made out of unfired mud/clay bricks mixed with straw and dung. They have two cooking holes and a metal chimney. As compared to a traditional cookstove, these improved cookstoves decrease the amount of fuel (mostly firewood and dung) needed and also reduce indoor air pollution as most of the pollutants escape via the chimney.[1][2]

These stoves are expected to run for 5 years without any problems. After 5 years, the stoves could experience problems such as deterioration of the mud and blockage of the chimney with soot. Both of these problems can be fixed by the local promoter.[3] 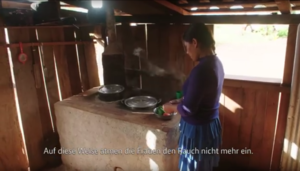 A woman cooking on a Malena Cookstove

For instructions on how to design the Malena Cookstoves, please see the publication (in Spanish) below: 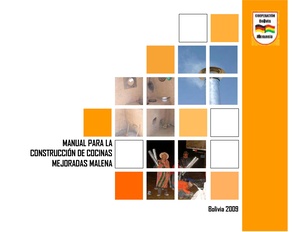 This short video by the BMZ (German Federal Ministry for Economic Cooperation and Development) filmed in Bolivia also shows how Malena stoves can help to combat climate change.

Retrieved from "https://energypedia.info/index.php?title=Malena_Cookstoves_against_Climate_Change&oldid=133466"
Categories:
Cookies help us deliver our services. By using our services, you agree to our use of cookies.