Resistance Against Energy & Development – The Case of the Belo Monte Hydropower Project in Amazonia, Brazil

Brazil still covers its energy demand with up to 80% of - basically renewable - hydropower. The respective potential amounts to approximately 180.000 MW, further ca. 45 hydroelectricity facilities and dams are envisaged, with 30 ones in Amazonia´s rain forest allone, in Brazil´s "underdeveloped" North. 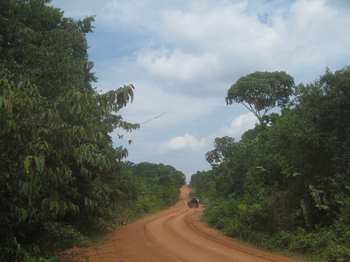 . As a gateway and broadly debated case, the Belo Monte hydroelectric project on the Xingu river is meant to become the world´s third-largest hydropower facility. At the same time, the project addresses strongly divergent policies for a sustainable development of the Amazon region.

A vivid civil society´s resistance focuses inter alia on the rights of the indigenous communities and lands. The Belo Monte project induces such a widespread resistance because it is a key project. If it succeeds other dams and projects will follow very fast all over the rain forest. This is what inhabitants of the Amazon suspect. This suspiciousness is caused by a lack of involvement and past broken promises, as the indigenous see it. 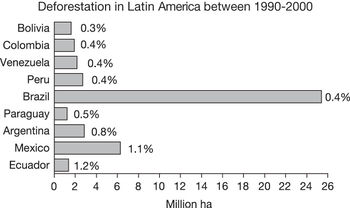 First investigations of the amazon region began in 1800 with Alexander von Humboldt. He discovered and mapped the Casiquiare Canal, the only natural canal in the world that connects two major rivers (the Orinoco River and the Negro River, a tributary of the Amazon). He also documented the life of several native tribes such as the Maipures and their extinct rivals the Aturès Indians. The maps of Humboldt and his college Bonpland were of great significance for the following discovery of the amazonian region.
Today mankind knows the facts about the unique value of the amazon. It contains one in ten known species on earth (40.000 plant species, 3.000 fresh water fish species, more than 370 types of reptiles), around 5,7 million km² of dense forest (half of the planet’s remaining tropical forest) and 6.600 km of winding rivers. The link between the health of the Amazon and the health of the planet is made by imagining the release of parts of the 90-140 billion tons of carbon – i.e. through deforestation – which the rain forest contains[1].
But the Amazon is also a vast region that spans across eight rapidly developing countries: Brazil, Bolivia, Peru, Ecuador, Colombia, Venezuela, Guyana, Suriname and French Guiana. The 30 million people, including 350 indigenous and ethnic groups, living in the Amazon depend on nature, mostly for agriculture: hence overharvesting of fish and other aquatic species and the intensive livestock production of cattle are further threads the Amazon forest suffers from - cattle pastures occupy 80 percent of deforested areas in the Amazon [1].
For now around 40 % of the Amazon forest theoretically is protected, but transportation infrastructure, which are essential for national and regional development, expose previously inaccessible areas of forest to illegal and unsustainable logging. If deforestation for agricultural reasons continues like in 2002-2003 (2,3 Mha/yr just in Brazilian Amazonia) then about 25 % of the original forest will have disappeared by the year 2020[2]. An area of over 60 Mha has been deforested in Brazilian Amazonia due to road construction and subsequent new urban settlements so far. One can assume that 80-90 % of the wood from the Amazon may be lumbered illegally.

Rubber is also a valuable feedstock. Henry Ford was given a free land concession of 1 mio ha in the Tapajós River valley in 1927, where the small settlement of Boa Vista (todays abandoned Fortlandia) was begun by the settlers and local Indians. After World War II the Far Eastern rubber plantations were opened again, after supply was cut off during the war, and Ford ended his rubber interests in Brazil [6]. Although Brazilian rubber is of much better quality than that from Asia todays Top7 natural rubber producing and exporting countries can all be found in East Asia. The South American rubber industry suffers from the South American leaf blight, and other natural predators of the rubber tree. Nevertheless the amazonian tappers do have contracts with companies like Pirelli.
Moreover mining activities like gold mining and oil exploration contribute to soil erosion and water contamination: during gold mining mercury is produced which is highly toxic. One example is the “Belo Sun Mining Project”. Canadian companies with Chinese shareholders officially plan to mine gold in an industrial way. Gold mining in this area mostly is illegal but tolerated. As it is profitable indigenous do it as well. One could call “Belo Sun” the next step, following Belo Monte. It is obvious that gold is going to play a role of increasing importance in the future. Watching globally the “IPPC Fourth Assessment Report: Climate Change 2007” sees the future of that region quite gloomy: ”increases in temperature and associated decreases in soil water are projected to lead to gradual replacement of tropical forest by savanna in eastern Amazonia. Semi-arid vegetation will tend to be replaced by arid-land vegetation. There is a risk of significant biodiversity loss through species extinction in many areas of tropical Latin America.” ([3], chapter 13.4) Regarding the Belo Monte Project the environmental and social impacts are pretty well documented by an EIA (Estudo de Impacto Ambiental; eng: Environmental Impact Study) and available in a RIMA document[4] (Relatório de Impactos sobre o Meio Ambiente; eng: Report of Impacts on Environment).

► Interview on Public Participation in Hydropower Projects
This nine minute interview was given from Prof. Johann Köppel after the lecture described in this article. The interview focuses on public participation in former and future huge hydropower projects not only in Brazil. It was done by Ann-Morla Meyer, coordinator of the postgraduate program "Microenergy Systems".

Retrieved from "https://energypedia.info/index.php?title=Resistance_Against_Energy_%26_Development_–_The_Case_of_the_Belo_Monte_Hydropower_Project_in_Amazonia,_Brazil&oldid=149211"
Categories:
Cookies help us deliver our services. By using our services, you agree to our use of cookies.