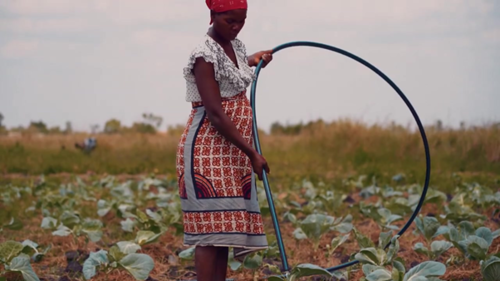 Majority of the population in Mozambique (80% of which the majority are women[1]) depends on climate-sensitive sectors, mainly rain-fed agriculture, for their food security and incomes. Climate change significantly affects the amount of rainfall, vegetation, and temperature leading to decrease in water availability, dry spells, change in seasonal calendar and reduction in biomass impacting food and nutrition security and capacity to buffer risks through reliance on natural resources.

Ajuda de Desenvolvimento de Povo para Povo (ADPP) started the Farmers’ Club Programme in 2004 and they have the objective of empowering local farmers to take charge of their lives through training, knowledge transfer and capacity development in sustainable farming methods, provision of co-shared farming supplies and equipment, market linkages and development of greater negotiating power in the markets.

The project seeks to improve the lives of small holder farmers, through the adoption of renewable energy technologies. This also enhances the resilience of farmers to effects of climate change. Use of solar water pumping and small irrigation systems in the farmers’ club’s demonstration fields is one of the methods that are used in enhancing production capacity of the small holder farmers.

Impact: The project benefited 4,000 small scale farmers organized in 45 farmers’ clubs who are directly involved in capacity building sessions, installation of systems, and monitoring activities. Farmers through their clubs experienced increased production since the adoption of renewable energy systems for their agricultural activities. 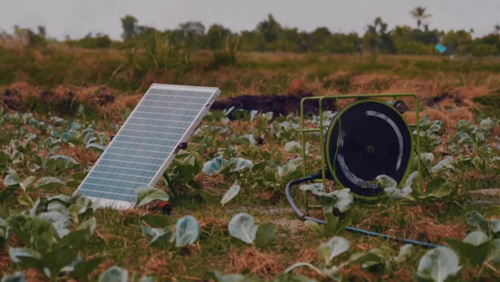 The project’s target beneficiaries were farmers connected to the ADPP Farmers’ Club programs in the provinces of Zambezia, Sofala and Tete.  As the access to land, water sources, water capacity and climate conditions in the 3 areas are very different, 2 different solar powered systems were introduced; consisting of 65 smaller transportable 80Watt SF1 pumps and 15 bigger fix systems 300 to 2,400 Watt. The solar powered pumping systems have been connected to water irrigation systems and they consisted of water tubes, taps and water hoses.

O&M of the systems

During the installation of the systems, the technicians from the 2 supplier companies, “Water and Irrigation Solution” and “MamboServ” trained the water committees on the procedures and steps to run and perform the maintenance of the systems.

The water committees that benefited from training consisted of 2 women and 2 men and they were involved through the whole installation process.

The topics of the training included, installation and assembly, disassembly, maintenance and safety.

Face to face awareness raising sessions were conducted both, a long period before acquiring the solar pumps and after the project secured the pumps

Farmers were trained on the  use and maintenance of  solar pumping equipment.

Farming Instructors also conduct continuous monitoring of the project and the clubs’ activities including the installation of the pumps to ensure program quality, effectiveness and accountability

“By using the solar-powered irrigation system the income of the farmers has been increasing. They have increased in comparison to previous campaigns where farmers were not using the solar irrigation system. Besides, farmers now have the ability to irrigate regularly all year round and are not dependent on rain water”--- President of the Cheia farmers club in Nhamantanda, Sofala province

Due to the project interventions, all 45 Farmers’ Clubs are now registered as associations and are composed of 50 members each with more than 50% women. These groups have received capacity building and development courses such as conservation agriculture, village savings and lending, water harvesting techniques, storage and processing and business planning and management.

4,000 small scale farmers (55% women) now have access to solar powered irrigation systems irrigating a total area of 31 ha of land and enabling them to be productive all year around. The installations coincided with the beginning of the rainy season period in which the farmers normally prepare their fields for cultivating. Many of the small solar pumping systems were for this reason stored away for use in the dry season.

Female small holder farmers registered increased crop production as a result of embracing solar powered irrigation systems and are no longer vulnerable to the impacts of climate change dependent on rainy seasons for crop cultivation.

“By using the irrigation system, the income of the farmers has been increasing in comparison to other farmers who are not using a solar irrigation system. Farmers now have the ability to irrigate regularly all year round and are not dependent on rain water,” ……Jose Paulo Sara, Smallholder farmer, Beira, Sofala Province

One of the main challenges with the installation of solar powered equipment in farmers’ fields is the question of theft. The selected SF1 pumps have the advantage of being transportable and can be stored in the farmers’ households at night time while put function during daytime. The bigger systems have fixed structures with solar panels in the fields with no protection at night.

In response the project has adopted the following measures to counter the situation:

In March 2019 the cyclone IDAI hit the central region of Mozambique and the Nhamatanda district was one of the regions that faced the worst devastation and destruction.  The whole area was flooded and the farmers lost everything from family members, houses, equipment, tools, documents, their harvest etc. Two of the bigger solar powered systems earlier installed were destroyed by the cyclone and floods. However, with the additional support that ADPP was able to source they were rehabilitated.  Additional 9 SF1 pumps (720 Watt) financed by partners supporting the relief process were distributed to the farmers, and this enabled the project to meet the goal of 28 kWatts.

1.      Agriculture employs 90% of Mozambique’s female labour force and women manage one quarter of all farming households (USAID, 2017).  In Gaza 53% of small farms (below 5 ha) are managed by women.

Retrieved from "https://energypedia.info/index.php?title=Ajuda_de_Desenvolvimento_de_Povo_para_Povo_(ADPP)_Smallholder_Farmers’_Clubs&oldid=394498"
Categories:
Cookies help us deliver our services. By using our services, you agree to our use of cookies.