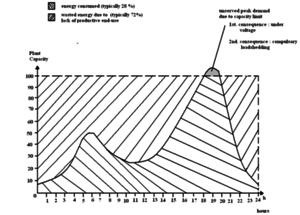 Fig 1: Daily energy use from MHP

Although 90.7% of the Nepalese population have access to the electricity, the power supply is highly intermittent with frequent power cuts (up to 12 hours per day).[1][2]There are two options for tackling this problem either a)connect new generation capacity to the grid or b) interconnect the existing Micro Hydro Power plants (MHPs) to form a larger local grid or connect directly to the national grid. 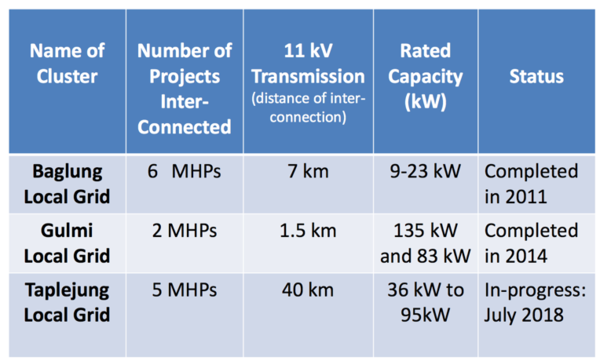 Retrieved from "https://energypedia.info/index.php?title=Grid_Interconnection_of_Micro-hydro_Projects_(MHPs)_in_Nepal&oldid=288329"
Categories:
Cookies help us deliver our services. By using our services, you agree to our use of cookies.