Nepal is a country of the Himalayas. There are many mountains in Nepal. Nepal is located in South Asia in between two big emerging countries India and China. Nepal has a population of 30 million. About 70% of population resides in rural areas where as only 30% are urban residents.The majority of population in Nepal has still no access to quality energy. Despite having high potential of solar, hydropower, biomass resources the country’s energy mix situation is heavily predominant by traditional source of energy. 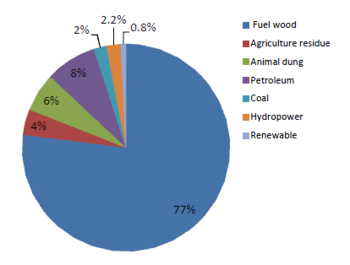 Traditional use of fuel wood for cooking and heating has affected the health of women and children in rural areas. Moreover, the deforestation rate is also high, due to dependency on forest for fuel wood. The quality of life of people in rural areas can improve only if there would be provision for clean energy. The huge potential of untapped renewable energy resources needs to be explored to provide financially viable energy solution to the rural people in Nepal. Now, with the financial and technical assistances from donors and international community the awareness is increasing on renewable technologies appropriate for rural areas. Some of the technologies which have been already dispersed in remote Nepal are Solar PV, Solar Parabolic Cookers, Solar dryers,Micro/mini hydro, Improved Cooked Stoves (ICS), household biogas. Pictures from rural Nepal are as follows: 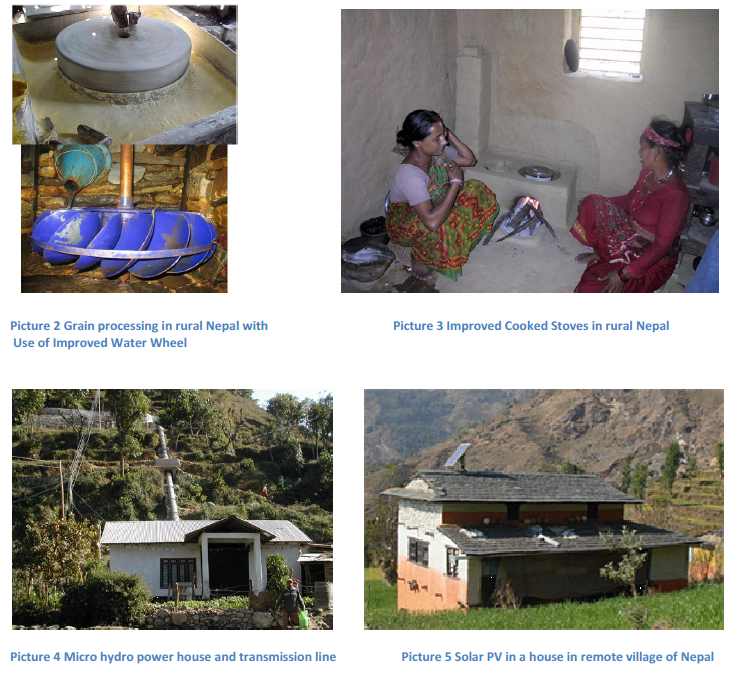